SaphirKeramik: a revolution in ceramic

SaphirKeramik, patented and available on the market is one of the latest, globally significant innovation from LAUFEN. This revolutionary, ceramic material reaches its exceptional hardness blended with corundum, a colourless mineral, which is a component of sapphires. This gives SaphirKeramik a flexural strength equal to that of steel. Yet it has the potential to be wafer-thin, giving designers almost infinite freedom to experiment – and tear up the rulebook of bathroom design.
Materials

After some years of experience of producing SaphirKeramik pieces on an industrial scale, LAUFEN is now stretching the patented material’s limits by exploiting its super-fine forms not only to create exquisitely detailed textures and patterns but also by engineering the innovative material to increase its maximum size – a 120 cm long washbasin in SaphirKeramik is the largest to date. LAUFEN has also applied its impressively efficient, high pressure casting technology to, high volume pieces in SaphirKeramik.

Simultaneously hard and malleable, SaphirKeramik enables pieces to be made with very thin, yet very strong walls of only 3 – 5 mm, as well as with narrowly defined radii of only 1 – 2mm. The slim profile of SaphirKeramik means that it saves space, is light and environmentally friendly. The new design characteristics of this innovative material are rooted in its exceptional hardness and strength. 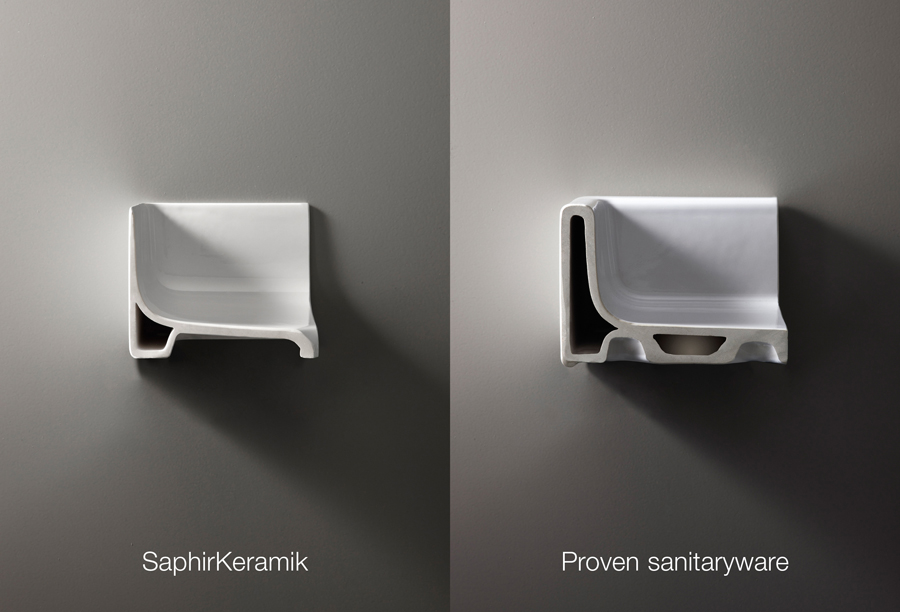 When the mechanical properties of the two traditional sanitary ceramic masses – namely vitreous china and fine fireclay – are compared, the performance of SaphirKeramik is unique even in international comparison. The comparative values measured by the Federal Institute for Materials Research and Testing in Berlin (BAM) for SaphirKeramik are, at anaverage of over 120 MPa; comparable with carbon steel and twice as high as for vitreous china. LAUFEN was awarded the Swiss Design Prize 2017/18 for the development of SaphirKeramik.

„Aspects such as ecology and sustainability may not have been the focus of attention in the development of SaphirKeramik, but they contribute significantly to the positive overall image of the material,“ the jury commented. In doing so, it acknowledged the additional advantages of the material: Lower material costs, for example, which are also due to a simplified structure of the ceramic parts, as well as the advantages in terms of environmental protection and sustainability, since fewer raw materials and less energy are used in the firing, production, and transport of SaphirKeramik.

„New materials have always been one of the most important driving forces behind the development of design. With SaphirKeramik, the traditional Swiss brand LAUFEN has succeeded in creating an equally surprising and remarkable innovation whose effects on sanitary ceramics can only be estimated to a limited extent today. The composite material, which does not require chemical additives, wows with its specific properties – hardness, bending strength – and offers the enormous economic advantage of being suitable for processing using traditional production processes.“ These were the words the jury used to elaborate on their decision to award SaphirKeramik the Swiss Design Prize. 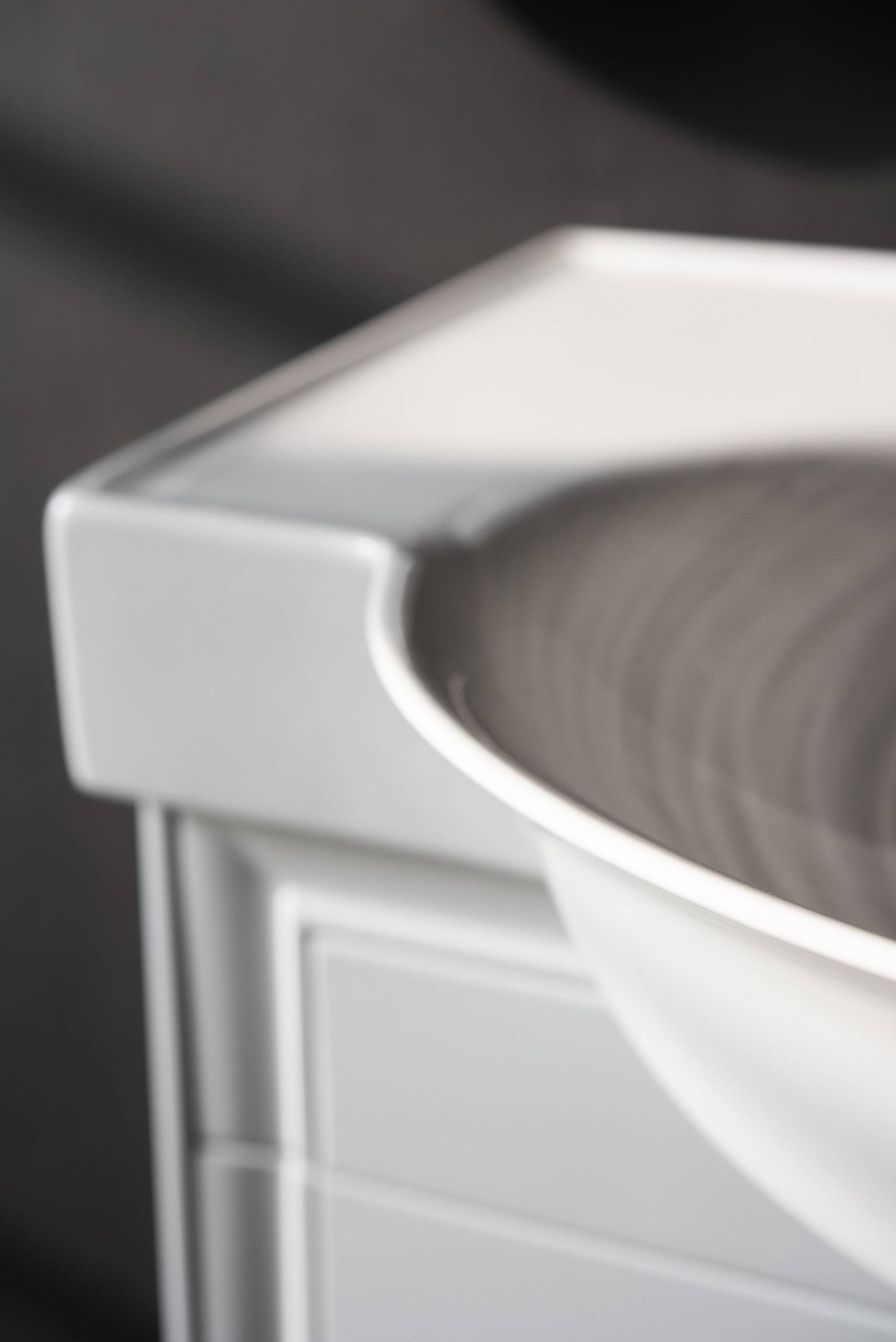 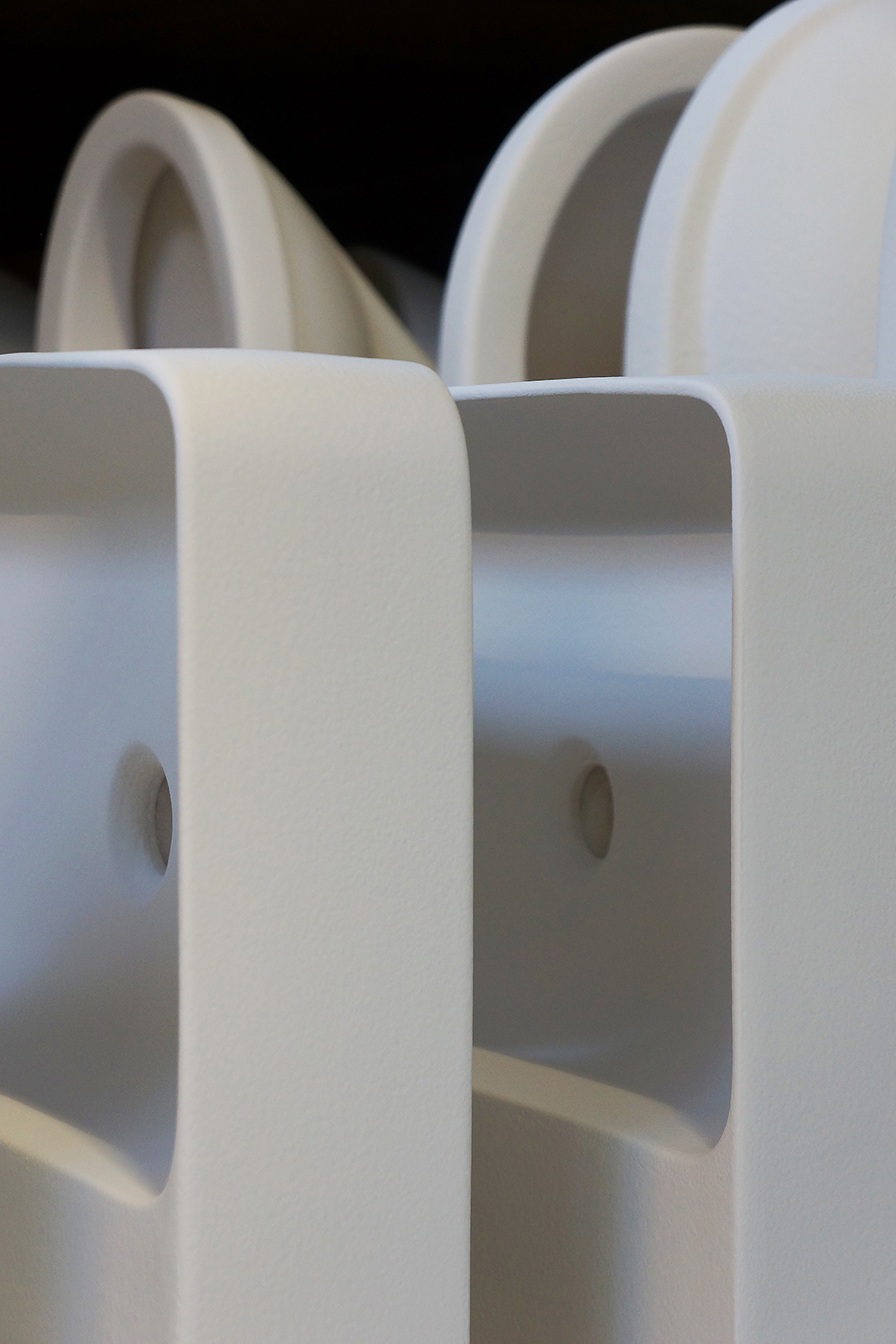 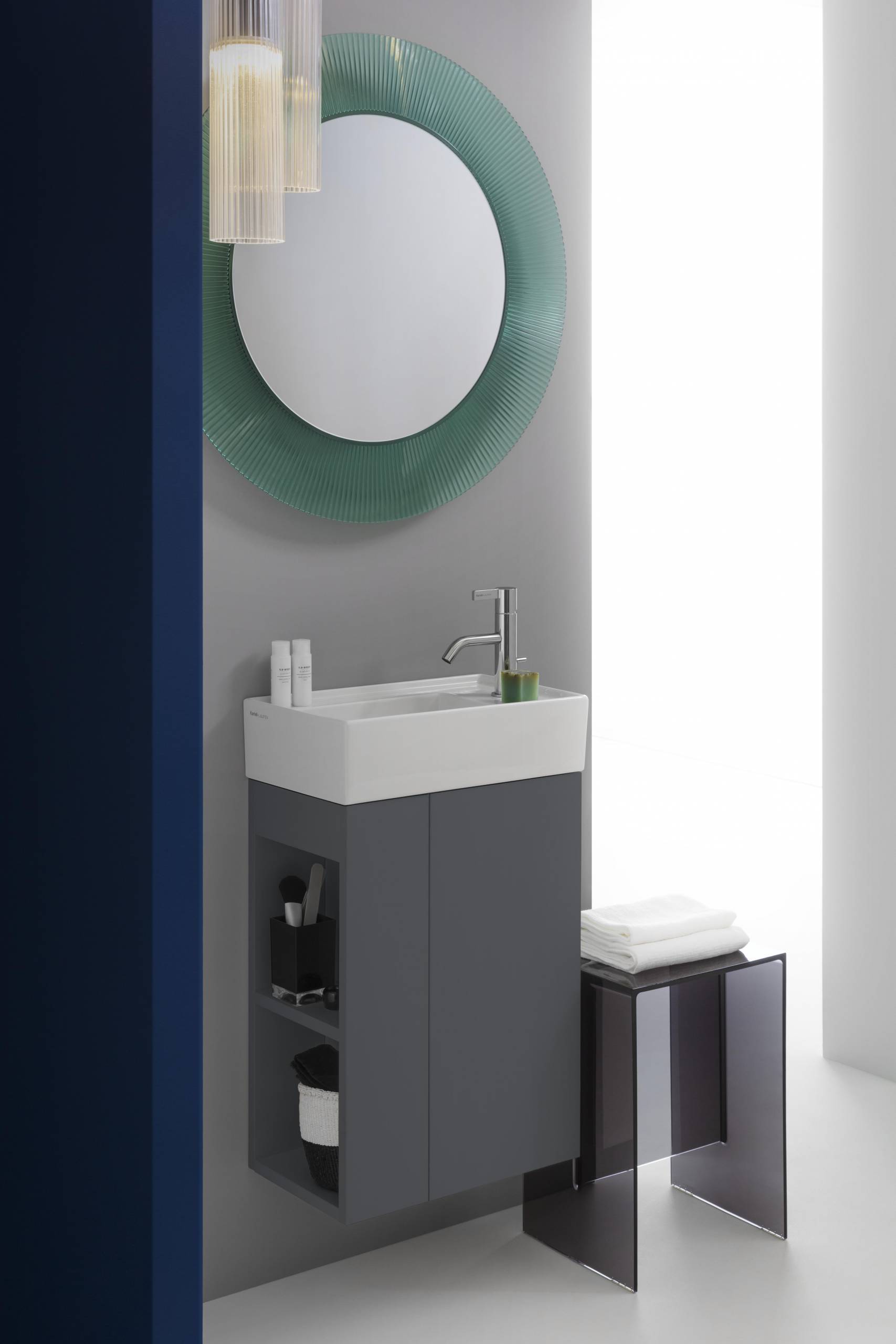 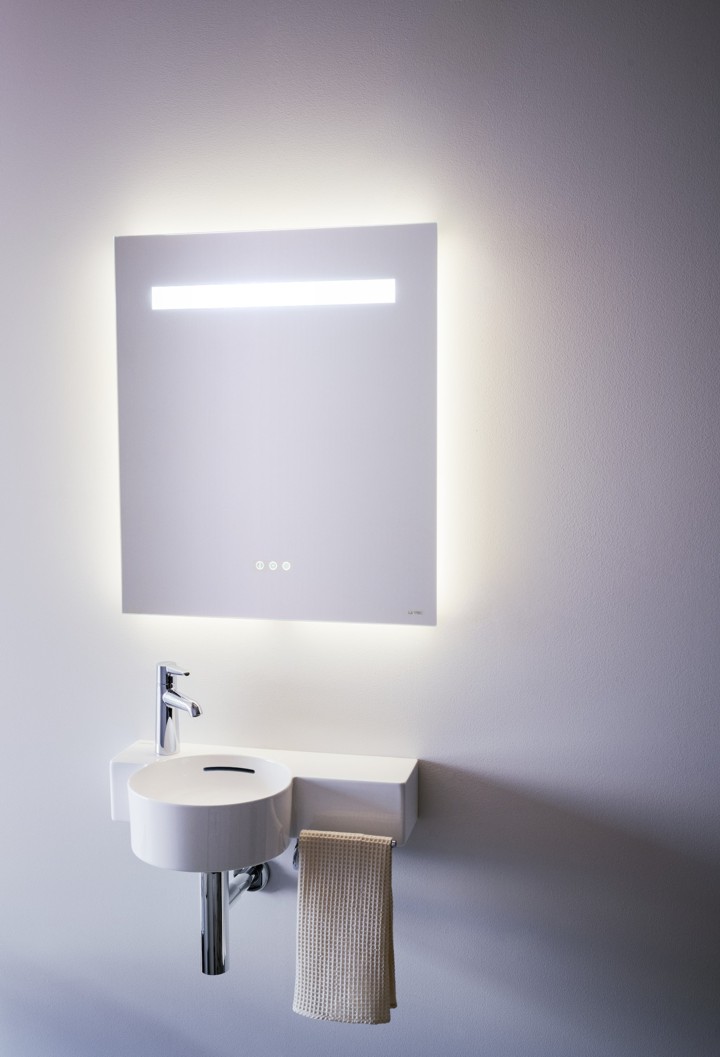 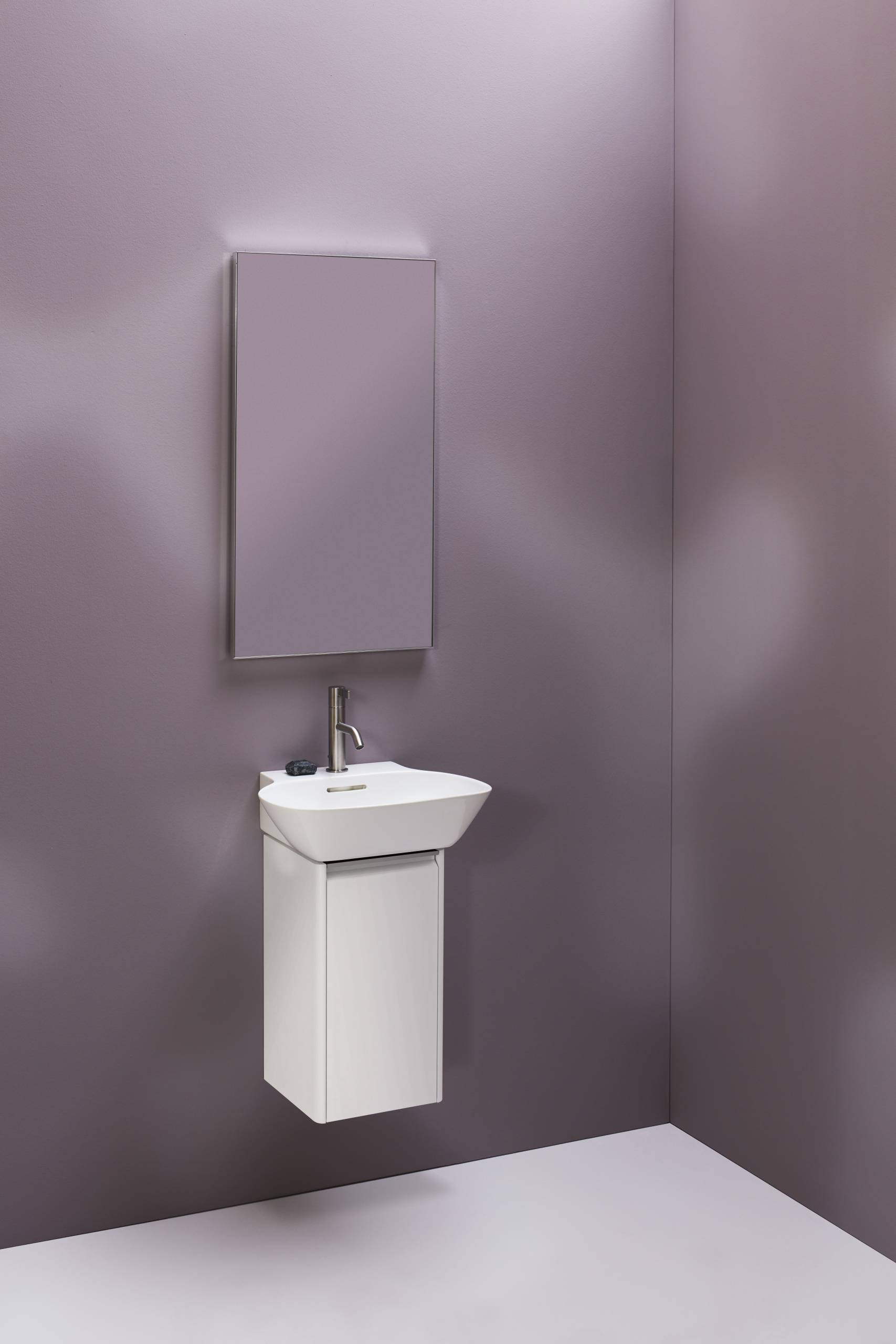 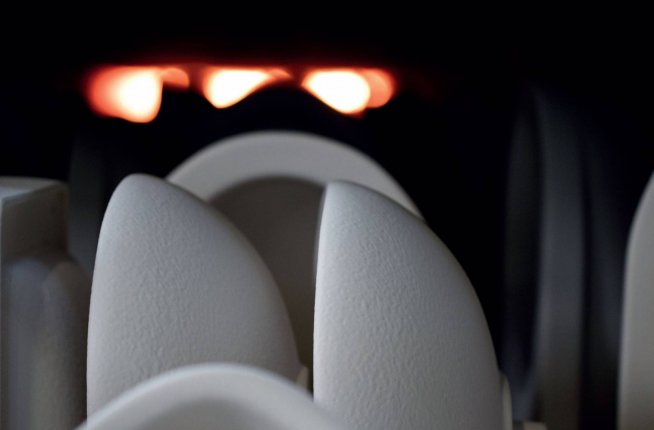 Design & InnovationFINE FIRECLAY: PERFECTION IN FULL SIZE
FINE FIRECLAY CERAMIC is able to look back on a long history, which reached its heights during the 20s of the last century. 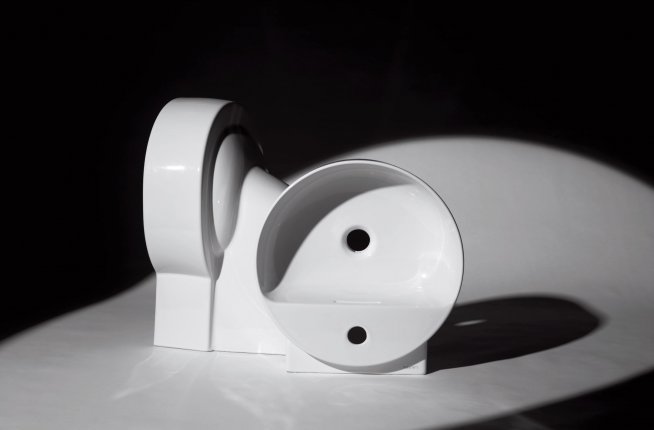 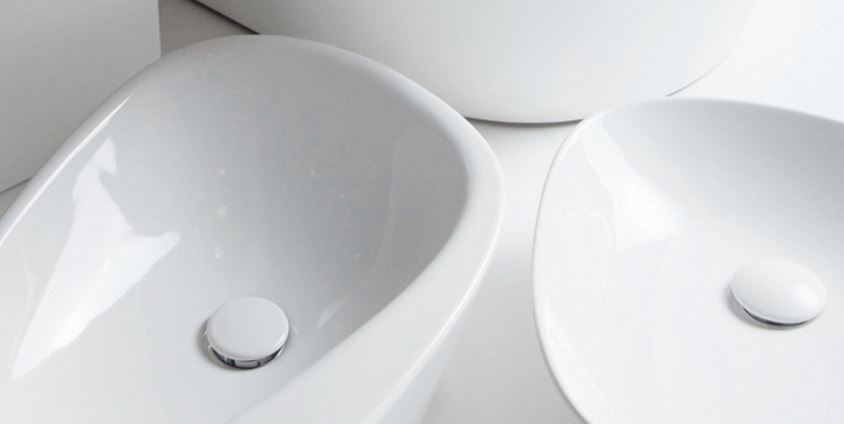